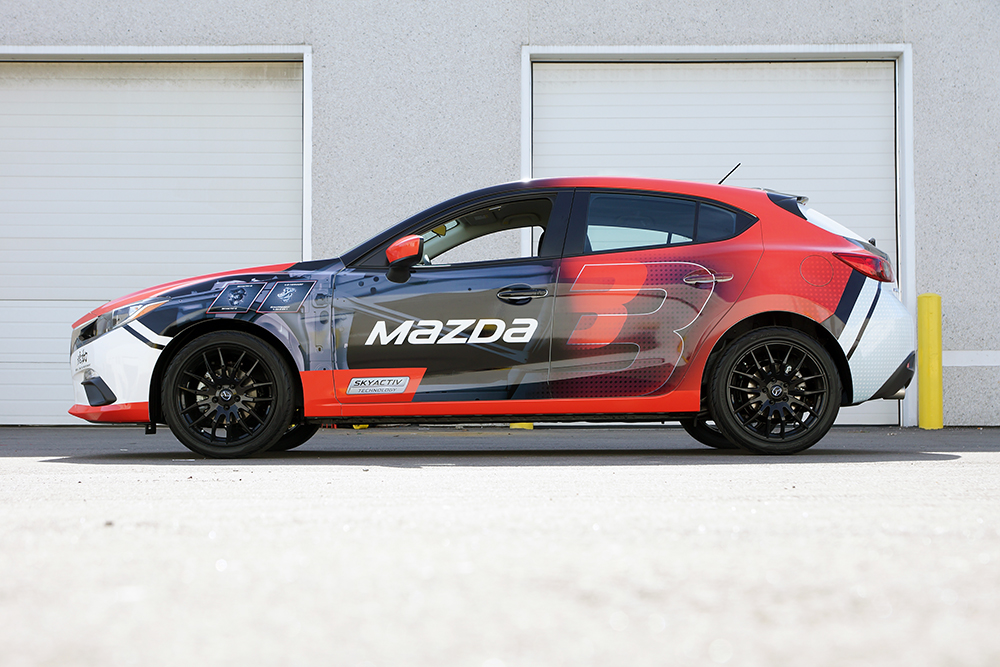 In 2012, Mazda sold just 33,756 units of its midsize 6 sedan. Or, in other words, about 8 percent as many Camrys as Toyota hocked. Will the all-new 2014 Mazda6, replete with a bold, new design and fuel-sipping Skyactiv technology, help the Hiroshima-based brand reel in Toyota’s sales behemoth?  Of course not. Truth is, Mazda will never catch Toyota, or Honda, or Nissan, or even Hyundai, when it comes to midsize-sedan sales.

For that matter, it’s not aiming to. It’s content taking a small slice of the pie, making sure that sliver of sales is fully zoom-zoom satisfied. Still, Mazda wouldn’t mind seeing that slice grow a bit bigger — say, to 50,000 units annually — and hopes to get there with a little help from the Mazda3. You see, the 3 is Mazda’s bestseller — 123,361 sold in 2012 — and Mazda knows that with every passing year come more 3 owners (and, for that matter, the 6’s targeted Gen Y professionals) who have either outgrown their compact four-door or are simply aspiring for a fancier ride. Given that the 6 makes use of the full suite of Skyactiv goodies, which helped boost sales of the 3 about 20 percent, it’s a plan that just might work.

To answer that question, Mazda invited us to Austin, Texas, to sample the 6 on some of the Lone Star State’s best roads. I got to experience two variants: a base $21,675 Sport with the manual and a top-of-the-line $30,290 Grand Touring with the automatic. Let’s start with the GT. Loaded with such niceties as leather, paddle shifters, navigation, power front seats, 11-speaker Bose audio, and bi-xenon headlamps with LED DRLs, the GT easily lived up to its Grand Touring designation. Power is class-competitive (read: adequate but not thrilling), and the six-speed auto is a model of smoothness, never hiccupping, lurching, or hunting for gears. Below 2000 rpm, the 2.5 feels a little lazy, but rev it past 3000, and it comes alive, emitting a high-pitched song befitting a refined I-4. The ride is typical Mazda — taut, responsive, and well-dampened – and the quick steering, whose 15.5:1 ratio is nearly as quick as the Miata’s 15.0:1, is one of the best electric units to date, though still not as direct or communicative as, say, the 3’s hydraulic setup. Inside, the feel is akin to a snazzier CX-5 (dash layout and ergonomics are conspicuously similar), with the two-tone black/sand (Sport, Touring) and black/almond (GT) treatments giving the cabin a cheerier, more upscale feel than the all-black interior.

As is sometimes the case, the base model proved the most impressive, thanks in large part to the Sport’s standard six-speed manual — it transforms this car. Throttle response is more direct and lively, and the gearbox is so engaging and rewarding that I began to wonder if it were pulled directly out of a Miata. (It wasn’t, but Mazda says its shift action and short throws were inspired by the little roadster’s.) Further, riding on 17-inch alloys wearing 225/55 Yokohama ADVANs (versus 19s with 225/45 Dunlops for the Touring and Grand Touring), the Sport serves up a smoother ride without any noticeable loss of feedback. At less than $22,000, the Sport manual is a standout buy, especially given its standard kit: variable intermittent wipers, auto-off headlamps, keyless entry with push-button start, 60/40 split folding rear seat, steering wheel-mounted audio and cruise controls, and power windows, mirrors, and door locks. For those looking for more luxury with their manual, Mazda announced that the midgrade Touring (dual-zone A/C, power driver seat, leatherette, backseat air vents, blind-spot system, Rear Cross Traffic Alert, Bluetooth, HD radio) will offer the shift-it-yourself option later this year.

The “Soul of Motion” KODO design language, which transferred nearly intact from the Takeri concept, gives the new 6 a stronger, stubbier, and classier body. Indeed, at 191.5 x 72.4 x 57.1 inches, the ’14 is 2.2 inches shorter in length and 0.8 shorter in height; width remains the same at 72.4. The wheelbase has been stretched 1.6 inches to 111.4, making the short overhangs appear even shorter and helping legroom swell 0.7 inch. Inside, though, most dimensions have shrunk slightly, with overall passenger volume falling 2.2 cubic feet and cargo volume shrinking by 1.8. Nonetheless, the 6 remains a roomy, albeit smallish, midsizer, and it feels luxury-sedan robust, thanks to 58 percent of its body being constructed of high-tensile steels and a frame that uses MIG welds and a 12-point box section. We’ll see if it can match the Accord’s IIHS rating of Top Safety Pick+, a badge of honor given for passing the new small-overlap crash test. In addition to the Touring manual, later in the year Mazda will bolster the 6 lineup with i-Eloop and a 2.2-liter Skyactiv diesel. The latter should delight torque and mileage aficionados with around 280 lb-ft and 40-plus hwy mpg, while the former, part of a GT Advanced Package that includes radar cruise, lane departure warning, and high beam control, captures and stores electricity created during deceleration, thus promising a slight increase in fuel economy (Mazda is mum on how much of a promise until the EPA conducts its tests, but expect an mpg or two). 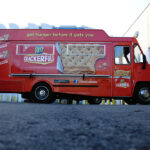 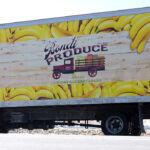 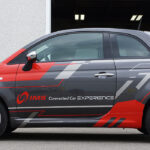 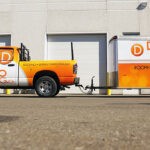 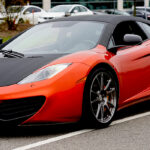 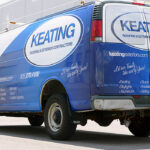